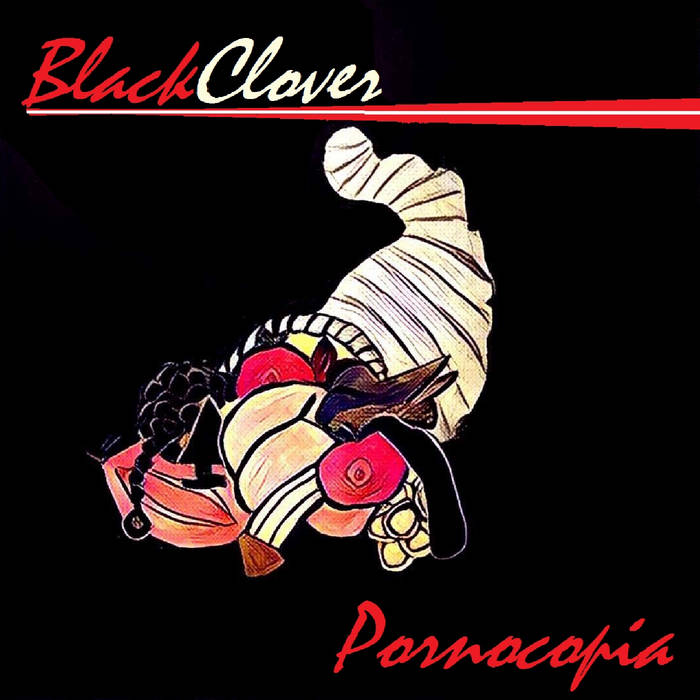 The follow up to their acclaimed album, We Used to Have a Band, Black Clover reunites with founding member and bassist, Nik Warman to produce Pornocopia, comprised of all new recordings of classics such as "Myspace (or His Place)", "Purple Ball", and "RoBoWave" which date back to their conception. Additionally, Black Clover (Corey Bartos, Eddie Generazio, Nik Warman, and Sam Haywood) produce an original work of Pornographic Bullshit with the majesty that only Black Clover knows to deliver.

Black Clover is an experimental rock band based out of Coastal Virginia. Established in 2006, the band celebrates their ten year anniversary with the release of Pornocopia, the follow up to the critically acclaimed We Used to Have a Band. Black Clover’s distinguished musical style has been described as “genre fuck” and “collagist” with styles ranging the spectrum of popular musical genres. ... more

Bandcamp Daily  your guide to the world of Bandcamp